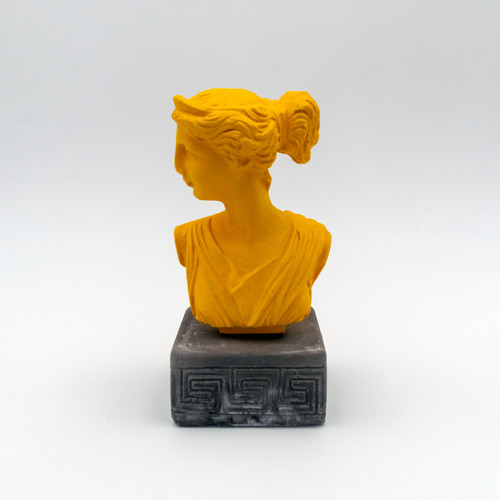 Artemis, in Greek religion, the goddess of wild animals, the hunt, and vegetation and of chastity and childbirth; she was identified by the Romans with Diana. Artemis was the daughter of Zeus and Leto and the twin sister of Apollo. Among the rural populace, Artemis was the favourite goddess.

Her character and function varied greatly from place to place, but, apparently, behind all forms lay the goddess of wild nature, who danced, usually accompanied by nymphs, in mountains, forests, and marshes. Artemis embodied the sportsman’s ideal, so besides killing game she also protected it, especially the young; this was the Homeric significance of the title Mistress of Animals.